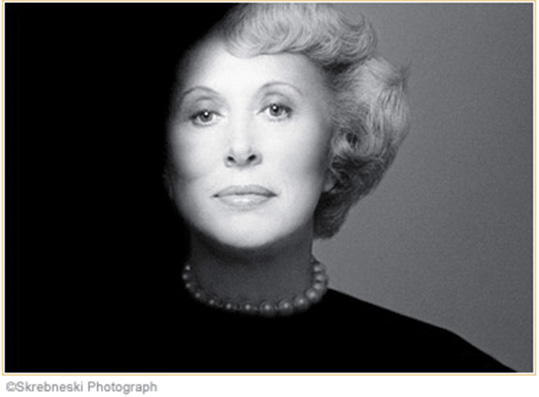 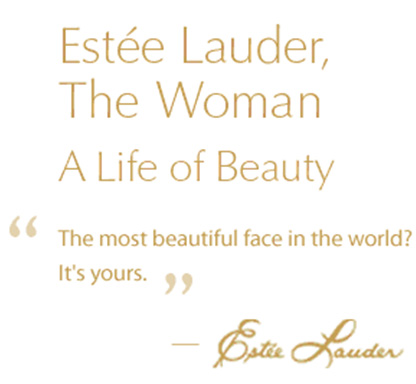 I want to show as many women as I can reach, not only how to be beautiful, but how to stay beautiful.

Estée Lauder founded her company in 1946 armed with four products and an unshakeable belief: that every woman can be beautiful. Today, more than 60 years later, that simple notion has literally changed the face of the beauty business

Born Josephine Esther Mentzer, Estée Lauder was raised in Corona, Queens, by her Hungarian mother, Rose, and Czech father, Max. The name Estée was a variation on her family nickname, Esty. Always interested in beauty, she was mentored by her uncle, Chemist John Schotz, and began her business by selling skin care products to beauty salons and hotels.

THE POWER OF TOUCH

Perhaps Mrs. Lauder's most important legacy was her belief that in order to make a sale, you must touch the customer. She spent a great deal of time advising customers and teaching Beauty Advisors. "I didn't get there by wishing for it or hoping for it, but by working for it," she often reminded her sales force.

Mrs. Lauder's leadership inspired thousands of people. She received scores of honors, including the United States' Presidential Medal of Freedom and France's Legion of Honor. However, Mrs. Lauder was happiest advising women during her in- store appearances. One of her favorite quotes was "Telephone, Telegraph, Tell-A-Woman," because she knew that once a woman tried an Estée Lauder product, she would love it and share it with her friends.

Mrs. Lauder was also deeply involved with her product's package design. Among her many contributions was the choice of Estée Lauder's signature blue, which she believed would coordinate with the décor of most bathrooms and bedrooms.